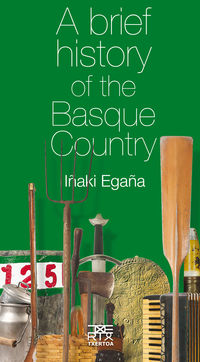 A BRIEF HISTORY OF THE BASQUE COUNTRY

Many different names have been used for the people who, as Voltaire said, sing and dance on both sides of the Pyrenees. Over Time, the term Vasco has become their name in Spanish, becoming Basque both in French and English and the equivalent of Basque in virtually all languages of the world. However, thes people have traditionally called themselves Euskaldunak, literally Basque speakers, and they have named their country Euskal Herria, the country where Basque is spoken, regaldless of whether they have been subjects or citizens of one country or anoother throughout history. This book aims to provide a broad overview of the history of the people that identify with Euskal Herria, the Basque Country, from the Palaeolithic to the prsent day. The main events, which follow chronological order, are interespersed with texts that open windows onto interesting, relevant or sometimes simply curious facts and historical figures. Iñaki Egaña’s prolific knowledge of the history of the Basque Country provides an informative and fascinating insight into the Basques.